Are you tired of being alone in your bars and other venues? Would you like more entertainment than a lone pianist? Downtown Roles to the rescue! Place a role giving object to your community lot, and a townie will arrive to fulfill the role. With these 3 role giving object you will get a Dancer, Exotic Dancer, Tippler, Hang Around and Courtesan/Courter to enrich your gameplay.


When you find a bug or get an improvement idea, you can go to Virtual Artisan Issue Tracker or  MTS Testing Thread to report your findings. If you want to help in testing specific bug fixes, please see a list of fixes that need verification. The Issue Tracker also lets you vote (give stars) to the corrections/improvements that you'd love to have and notifies you by email when they are ready.

The Role Guide will explain how to use and customize the roles. Here is an example of how I'm using them.

I'm still playing Aspen Islands and one of my favorite places there is the abandoned diner that now hosts a vampire bar called Black Sun. Is is a great place to be, but it has some shortcomings - there are rarely any vampires and I'm plain tired of hearing the pianist play. It just does not fit the atmosphere.

So I changed the stage a bit, ditched the musical instruments and added a twice per night dance show. 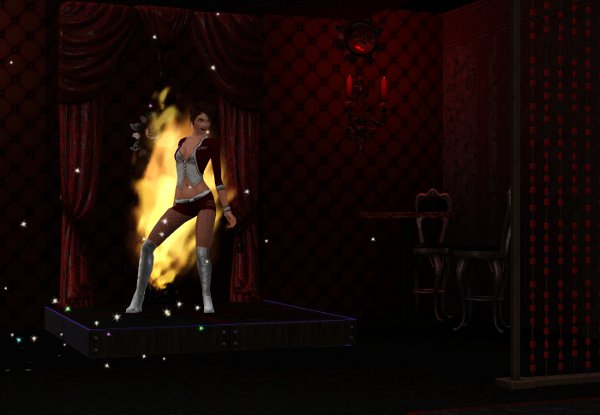 
I first tuned the show so that she ends the show wearing lingerie, but then changed my mind. Stripping did not fit the atmosphere any better than piano playing. But here is how the show used to end. 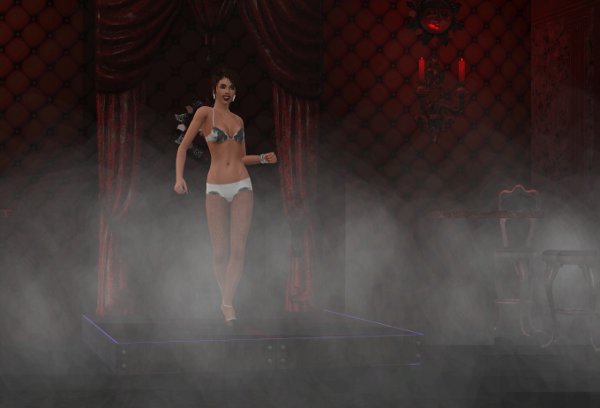 To make the bar more interesting, I also added a vampire regular. I don't know what EA was thinking when they made the vampire bar to open at 2 pm, so in order to keep him alive I tuned the role so that he arrives after dark. As you can see, the human bar maid is already getting tired of this stories. 
We have now seen Tippler's Wine Bottle and Dancer's Stage in action, but what about the Courtesan's Perfume? Well, meet Ivan. When Ivan was young petty criminal, he dreamed of owning the Short Ivan's Pub nearby. But I downloaded a mobster career from NRaas and that never happened. Ivan does gigs for the local mafia and ended up living in the sewer where he used to store his "stuff". Worse, a wandering vampire found his place and took over the best rooms. Now Ivan is old, grumpy and lonely. 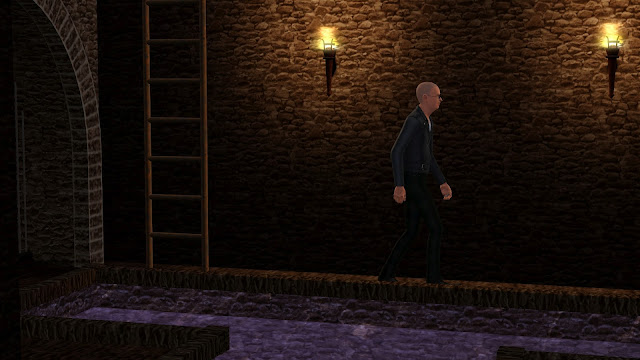 Fortunately there is place nearby, called The Warehouse. It is a club built in an old warehouse complex and Miuki has left some of the buildings empty so that I was able add some beds there to enlarge the business. 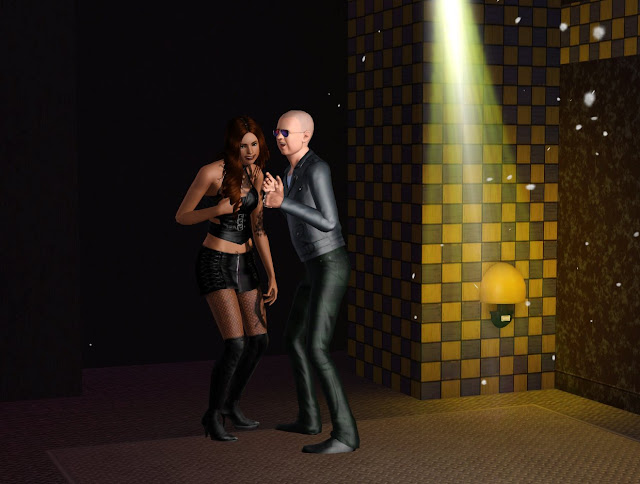 Filthy old man he is, Ivan likes young girls. He makes a deal and no-one notices as they leave the club to finish their business. 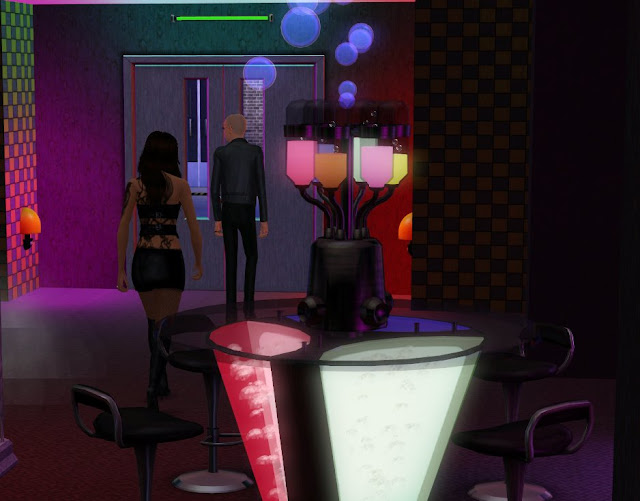 As always, I could not have done this without the help of others.
CREDITS

All the people hanging out at SimLogical chat for help and ideas, especially:
Inge for the idea of the "Bar Regular" and lots of advice
Peter for fixing SmoothJazz so that I could get the animations right
Leefish for help and tutoring on slots and statemachines
Buzzler, CmoMoney

but I also want to thank:
Twallan - I did peek inside your mods